We consider ourselves the leader in digital transformation, driving breakthrough computer vision solutions for retail. Our mission is to make our Image Recognition (IR) based data analytics services the power tools for retailers & suppliers worldwide.

We are here to provide image recognition commodity services for the grocery retail.

As Vispera, we offer IR-based retail execution and tracking services to retail industry so that they can radically change the way of running and monitoring their field operations as driving perfect stores. With our AI-based and patented image recognition and analytics services, we are transforming retail images from all channels of grocery retail to actionable data and insight.

Vispera is aiming to guide retailers for Out-of-Stock reduction and transform their conventional methods to automatized methods. Our goal is to make our image recognition-based data analytics services and platforms become power tools for retailer and supplier companies worldwide. We exist to provide image recognition commodity services for the entire retail industry.

We are maturing our technologies day by day so that any picture in the retail world can be understood automatically, and that we can build innovative business models to serve the whole retail sector flexibly.

The technologies developed by our team with more than 100 human-years of academic and industrial experience in machine vision and data mining are evaluated by Gartner among the most important technologies of the near future.

Vispera was founded in Istanbul in early 2014 with a core team of five who have been working together since 2010. Today, with more than 160 people in our ecosystem we add value to operational improvement and higher data quality.

After entertaining several ideas in the retail space, we discovered that many retail execution measurement problems are visual and fall under the purview of our academic and professional know-how. It was then natural to start with our current value proposition, helping our clients execute perfect stores with our image recognition services.

Equipped with a strong team spirit, an innate joy of work, and excellent team composition, we are realizing our dream of building a great company day by day. Now we are around 100 professionals from all walks of technology and business and one of the global leaders in computer vision solutions for retail.

Our journey continues with our global offices in 5 different regions globally. While positioning our headquarter in Istanbul, we have regional bases in India, London, Netherlands, Spain, and USA offices to serve our international customers.

Vispera has a vibrant and diverse ecosystem of partners, extending to resellers, co-sellers, technology makers, and global alliances. We leverage our strong relationships to expand towards different geographies and different customer segments. We have a robust network of global system integrator partners with whom we implement land and expand strategy. We have mutually gratifying business relations with technology giants such as HP, Microsoft, Cisco, Nvidia, Intel. Particularly in the US, we execute systematic lead generation, marketing, and pilot activities with HP and Zebra Technologies.

In Vispera, the creativity, experience, and dreams of people from different disciplines and academic backgrounds come together. We all have a joint mission: to run together towards one goal, to love what we do, and to improve the environment we are in. For us, a great company means a design-driven innovative organization with a strong sense of collaboration where everything starts with a team who wants to solve real business problems.

Defined by the Visperians, we have 5 essential values that guide everything we do: 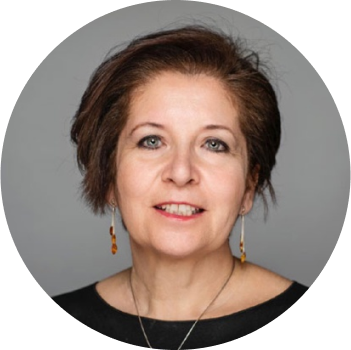 Prof. Aytül Erçil,
Vispera Co-Founder & Co-CEO
After receiving my Ph.D. from Brown University in 1983, started to work at GM Research Labs. After returning to Bogazici University as a faculty member in 1988, I visited industrial establishments and tried to understand the problems they had. However, there was no such trust in us to develop high technology products in Turkey. The applied research we carried out at the university could not become products. 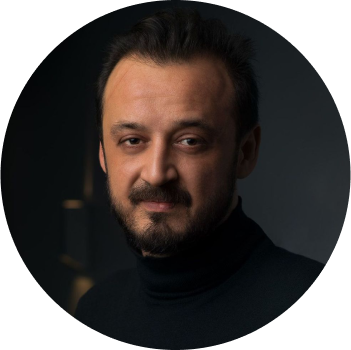 Dr. Ceyhun Burak Akgül,
Vispera Co-Founder & Co-CEO
I received my Ph.D. in late 2007 from two different institutions, Télécom ParisTech and Boğaziçi University, with a thesis on visual recognition. My Ph.D. work has appeared in top conferences and publications of the AI domain, including reputable AI journals such as PAMI and IJCV. and the algorithms I developed have been ranked in top positions in various competitions. 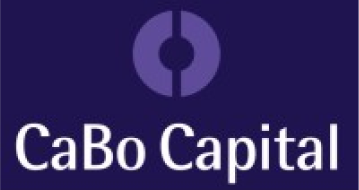 I received my Ph.D. in late 2007 from two different institutions, Télécom ParisTech and Boğaziçi University, with a thesis on visual recognition. My Ph.D. work has appeared in top conferences and publications of the AI domain, including reputable AI journals such as PAMI and IJCV. and the algorithms I developed have been ranked in top positions in various competitions.

After my Ph.D., I got involved in a joint project between Sabancı University and Philips Research in the Netherlands, as an EU Marie Curie postdoctoral fellow. That’s how our paths have crossed with Prof. Aytül Erçil, who was in charge of the Sabancı side of the project. I knew that Aytül Hoca had a company called Vistek, a company working on industrial automation and factory applications with machine vision technology. Towards the end of my postdoc in Philips Research, I told her I wanted to work in her company, and she happily accepted my request. Then, we got along very quickly. In 2010, I started working at Vistek as a Senior Research Scientist and then became R&D Director at Vistek until the end of 2013. And our fateful union has been established. Vistek had a German partner apart from Aytül Hoca, and at the end of 2013, Vistek would be acquired by this German company completely. At that time, I felt the need to do something new. With these thoughts, I had a trip with my friends and during our vacation, a friend of mine described a business model similar to what we do at Vispera now. It was a week-long vacation, and I returned to Istanbul with such thoughts.

That week, Aytül Hoca told me to have dinner with her. At some point during the dinner, she asked me "Ceyhun, you wanted to establish your business, and I do not intend

to continue with Vistek after the sale; what about building a business together?" It was incredible, the coincidence...

Can you believe it? I said, “Okay, let's do it”, and everything started. We worked on this idea for over six months. At the beginning of 2014, I resigned from Vistek, right after it has been acquired. I officially established Vispera on February 10, 2014. There were Erdem, Kaan Oner, and Levent with me as the founding team. Aytül Hoca officially joined us in early 2015.

Aytül Hoca provided significant financing for Vispera by transferring her own savings in our first year and a half. From very early on after my graduation from the university, I knew I wanted to found my own business but I didn’t have the right means to make this happen. Thanks to Aytül Hoca and with her, I have been able to found a company, which can really become great. This makes Aytül Hoca one of the most beautiful and important people in my world. We are two people who have been helping each other for ten years now. This is how we founded Vispera, this is how we grow it together with a great team that you will now become part of.

After receiving my Ph.D. from Brown University in 1983, started to work at GM Research Labs. After returning to Bogazici University as a faculty member in 1988, I visited industrial establishments and tried to understand the problems they had. However, there was no such trust in us to develop high technology products in Turkey. The applied research we carried out at the university could not become products.

In 1997, with our 2 graduates, we established Vistek Ltd. which has successfully completed several EU projects, received some international awards but did not do any commercial projects in Turkey. In 2001, I left Boğaziçi University and moved to Sabancı University. I closed Vistek Ltd. in 2006, and with the partnership of Inovent, Sabancı University’s incubation company, we established Vistek A.S. We have done many national and international projects within the organization, and our paths crossed with Ceyhun in one of those projects. After the completion of this project, Ceyhun joined to Vistek.

A German partner, ISRA Vision AG, came to Vistek in 2009; one of the conditions for the partnership was to buy the entire company 4 years later. Vistek was like my baby, I never thought of leaving, but I decided to move to a new exciting venture.

Kaan, Levent, and Başak, who worked at Vistek, also came with us. Later, Kaan Can and Erdem joined us. Thus, we established Vispera with a small core group at the beginning of 2014.

Vispera felt like a paradise after my troubles at Vistek. Starting this journey with someone who is not only technically competent like Ceyhun, but with a core team that I trust very much from the first day and working in an environment where there is no stress on how to pay the salaries at the end of each month enabled us to take quick steps towards realizing our dreams.

Today, we are a family of 160 people, we export technology to 30+ countries, but the excitement of the first day still continues.